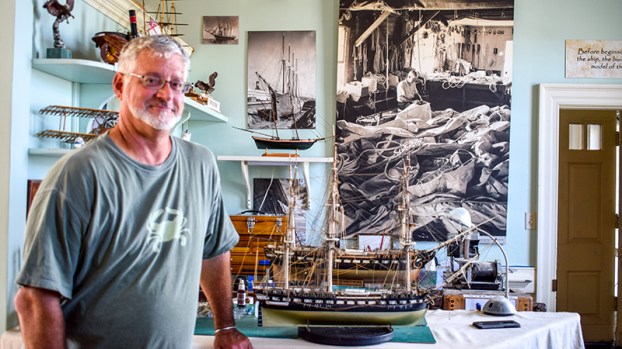 Director of Education Mike Steen stands in front of one of the redesigned exhibits in the indoor gallery at the Watermen’s Museum.

“We believe music and other social activities are embedded within the culture of every people group of since the beginning of time,” said Mike Steen, director of education at The Watermen’s Museum on historic Yorktown’s riverfront. “It’s impossible to tell the watermen’s history, culture or daily lives without music, dance, storytelling and art.”

Founded in 1981, the museum documents the Chesapeake Bay watermen’s history from pre-Colonial to modern times by providing a historical display of exhibits, crafts and trade methods.

“Watermen’s Museum shares the story of our men and women who worked the water: protecting the waterways and villages; piloting ships; ferrying goods and people; and harvesting our delicious seafood,” museum President Steve Ormsby said.

Watermen’s hosted its seventh annual Folk Festival in September. The event has become a way to explain a whole way of life.

“There have been jam sessions here for 10 years,” Ormsby explains. “These were the genesis of what is now a full-blown festival including all folk traditions.”

The mastermind behind the festival is Annapolis native Steen. He earned his Bachelor of Arts in history from Virginia Military Institute and a Master of Science in Tourism and Parks and Recreation from Virginia Commonwealth University. He joined the staff in 2009.

“We’ve grown from being under one on-site tent to now, having a bigger stage built,” Steen said. “Now we have four venues going on simultaneously.”

Music is a tool Watermen’s Museum uses to draw visitors to the event.

“The word watermen attracts a small crowd, but most people could care less,” Steen said. “We have to attract them with things that are relative, such as music, food and a bounce house…anything it takes to bring a family in.”

The museum’s definition of folk music is that which can be clearly defined as American and suitable for family entertainment including Sea Shanties, Bluegrass, Blues, Country, Soul, Pop, Light Rock, Jazz and more.

“We mix a little classic rock and roll, a little bit of folk, country, Irish, Scottish and more,” Steen said. “American music is that mix.”

Singer, storyteller and homemade music creator, Bob Zentz, and song historian/performer, Jeanne McDougall, brought their back porch “Ramblin’ Road Show” to sing and tell stories, especially about Ramblin’ Conrad. Conrad was a Norfolk-based guitar artist discovered by Zentz as a homeless man with a guitar slung over his back. The man could play! Johnny Cash was a fan of Zentz. He has the framed, handwritten letter Cash sent to prove it.

“When Watermen’s Museum is closed January through March, we hope to be here to offer a by-appointment folklife center with maritime waterfront life,” McDougall said.

WestRock Industries, the paper mill in West Point, fully funded the festival, allowing for free admission to the event.

“We want to grow the festival to include as many different groups and attractions as possible in order to spread the word of the watermen’s history,” Steen said. “We use music to tie into the community.”

The Watermen’s Museum is closed January through March. For information, contact: 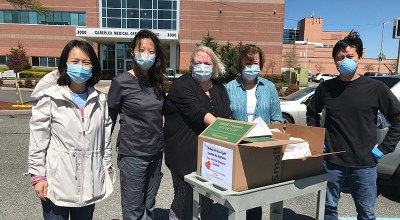